Posted by Hunter Regional Committee of the National Trust at 2:30 PM No comments:

'My Country, My Place'- FORUM 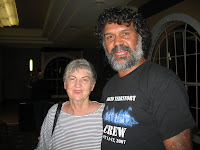 The forum, My Country, My Place, held on 8 April at Newcastle City Hall as part of the National Trust Heritage Festival, and attended by approximately sixty people, was a moving and inspirational experience for all who attended.
The Awabakal and Worimi people of this region were displaced when a convict outpost was imposed on their land, followed by the relentless spread of settlement and the growth of towns and cities of the Hunter Valley. Since that time, many Aboriginal people, from all over NSW and beyond, have come to live and work here. 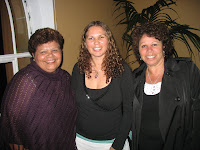 The forum was a wonderful n opportunity to hear the stories of some of the Aboriginal people who have left their country to live in the Hunter Valley and surrounds, about what their country means to them, what has brought them here to this place - and their experiences living and working here.

All the speakers have studied and now work in the region in a variety of positions, which bring great benefits to their own community and the community at large. All spoke warmly of Newcastle as a welcoming community, which has helped them to reach their goals

Donna Meehan spoke with deep affection of her country in the north west of NSW on the Castlereagh River and her family from whom she was taken, aged 5, with six of her eleven siblings. Donna lived with her loving adoptive parents in and around Newcastle and received her school and University education here before embarking on a career, initially in childcare, now in community services helping Aboriginal people. She spoke of her gradual recognition of her Aboriginality and her strong feeling for the sacred rock art sites in the Hunter Valley and special places like Glenrock Reserve and Mt Sugarloaf. Her book, Its No Secret, published by Random House in 2000 is a moving account of her experiences.

Joyce Dixon’s country is Warren, on the Macquarie River where her grandmother, mother and Joyce were born. Joyce’s father is from the Wokamarra tribe, in Charleville, Queensland. His mother was taken by truck to Brewarrina. Her father still goes to care for the sacred sites of his people in Charleville. So for Joyce, her country is where both her grandmothers, her mother and Joyce herself were born, Joyce lives in Maitland, and Newcastle has become part of her place as her two children were born here. Joyce has worked in special education and childcare, completing a Bachelor of Teaching in Early Childhood. She has recently been appointed Director of the Awabakal Child Care Centre.

Sue Hodges, whose family lived in Wellington, shared her moving story of triumph over the tragedies in her life. She spoke of her early life on “ the Mission, “ 10 kilometres out of town, the segregation and isolation and the loss of close family members. Her account of her determination to gain an education, her success in gaining a degree and her love for her work as a teacher in secondary school was inspirational.

Ray Kelly, from the Wollotuka School of Aboriginal Studies at the University of Newcastle spoke of the groundbreaking research he is conducting into Aboriginal language. He spoke of the rich linguistic tradition and the urgent need to record and conserve language. He shared some of the findings of his research into the similarities and connections between Indigenous languages. Ray, whose country is Armidale, is well known for his contribution to Aboriginal arts, especially in dance and theatre.

John Maynard’s roots are with the Worimi people of Port Stephens. He spoke of the role of his grandfather, Fred Maynard, in the first organised Aboriginal political protest movement, the Australian Aboriginal Progressive Association (AAPA), in the mid 1920’s, He also spoke of the part his family and many other Aboriginal people have played in the racing industry as jockeys. John is Director of the Wollotuka School of Aboriginal Studies and Chair of Indigenous Studies at the University of Newcastle. John is the author of Fight for Liberty and Freedom, The Origins of Australian Aboriginal Activism, published in 2007.

The forum concluded with discussion and questions arising from these inspiring stories of love for country and achievement in the place where the speakers now live, study and work.
Posted by Hunter Regional Committee of the National Trust at 4:33 AM No comments: 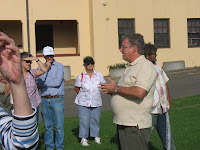 Convicts Under the Southern Cross Heritage Walk took place on Sunday 5 April and explored the former main street of Newcastle, Watt Street,formally known as George Street. A group of about 40 people accompanied by members of the Newcastle University’s Coal River Working Party & National Trust members walked from the Obelisk, down Newcomen Street to the archeological excavation currently underway at the old parsonage site on the cnrs of Church & Newcomen Sts. The group then entered the James Fletcher Hospital grounds and from the former military parade ground discussed the history of the site, its architecture and the historic coal mines located there circa 1814. The walk finished at the Former Council Chambers at 55 Watt Street. 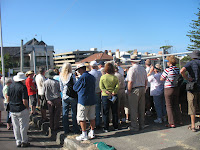 Posted by Hunter Regional Committee of the National Trust at 4:09 AM No comments: 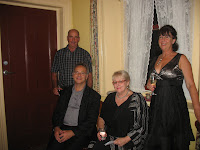 A Cocktail party and History Lecture was held on Saturday 4 April at the historic Monet’s Cottage in the grounds of the James Fletcher Hospital. Dr Troy Duncan spoke about the history of this mental health institution that first opened in 1871, many thanks to those who attended, it was quite an interesting and fun night. 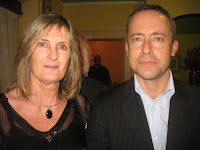 TO VIEW HISTORY RECITAL AND LECTURE SEE
Coal River Working Party blog site
Posted by Hunter Regional Committee of the National Trust at 3:53 AM No comments: 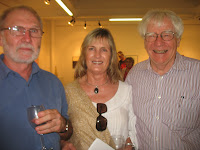 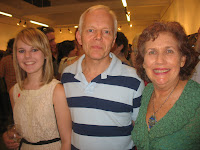 Posted by Hunter Regional Committee of the National Trust at 3:39 AM No comments: