Broadcast Notes: These early Christmas cards of the late nineteenth century were located in a beautifully decorated leather family photo album found in Newcastle. They are in a private collection. It is not known who the people are in photographs, however between the pages are some lovely Christmas cards of the nineteenth century.  Some of the cards are likely to have been produced in England, and either purchased here or sent by loved ones to family living in Australia. This one has a very English scene and unfortunately has no markings. 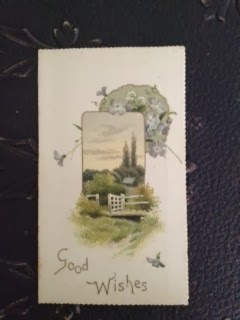 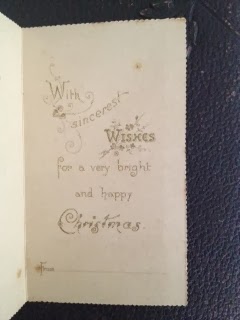 Sending Christmas cards began in the United Kingdom in 1843 by Sir Henry Cole. He was a public servant and interested in encouraging the public to use the new postal services for their own use. Before 1840 the postal service was mostly for the rich, however after this time correspondence could be sent for a penny, or a half-penny if in an unsealed envelope. Cole engaged artist and friend John Horsley to design the first three panelled cards, and although these were not popular straight away cards did increasingly become more common in later decades. Cole would go on to be the founding director of the Victoria and Albert Museum in London.
Christmas cards became even more popular in 1860s when methods of printing improved. Professional illustrators were engaged to produce scenes giving them another source of income. This was a similar case for engravers who were also commissioned to design cards. By the early 1900s, sending Christmas cards had become fashionable in Europe and likely to have also been the case in Australia.
Christmas was a sentimental time for those living away from loved ones and friends, particularly in Australia. For many they longed for 'home', many people never returning to where they had once lived. They longed for scenes of home and cards often depicted flowers from English gardens or snow covered landscapes.  Many of the cards from loved ones were deeply treasured and kept in family albums near photographs of those who had sent them. When Christmas cards become popular in Australia in the 1880s there was a competition by John Sands to create cards showing local themes. The designs are very interesting and showcase the level of artistic talent in NSW at that time. This album at the Mitchell Library and can be seen at the following website http://143.119.202.10/album/albumView.aspx?acmsID=16367&itemID=1045857
In 1915 Hallmark Cards were created John C. Hall and this company continues today. Christmas cards are highly collectable and there are greeting cards associations around the world. Designs shown on cards reflect the fashion and art scene of particular decades, are marked the social trends and culture of a particular time and place. In the 1910s and 1920s, homemade cards became popular.
In the 2010s the tradition of sending the traditional Christmas card has declined. New technologies and social media have changed the way we communicate and send our best wishes. Many now send e-cards, but the tradition of making a handmade card is not lost with many artist engaged in making these small scale artworks, something to be treasured because of the time and effort by its creator.
Christmas cards found in this album do not show religious themes. This was often the case with early cards whereby they showed more fanciful scenes. 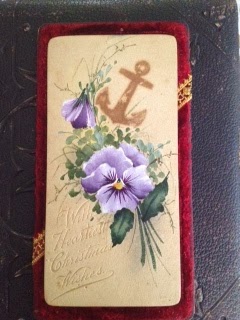 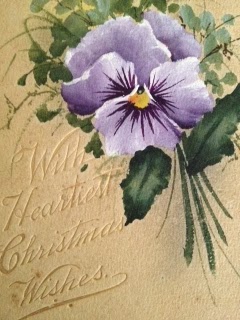 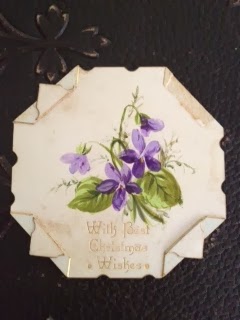 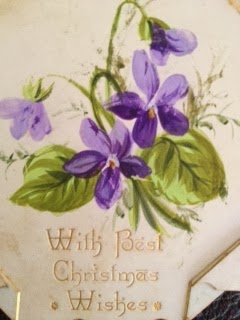 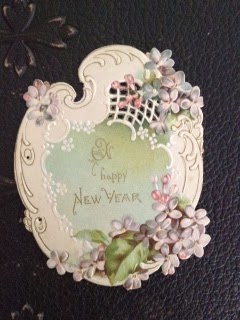 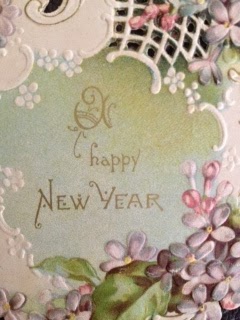 Source: “Raphael Tuck & Sons. London, Paris, New York. Publishers to Her Majesty the Queen” “Created in the Studios in England and printed at the Fine Art Works in Germany”


Posted by Hunter Regional Committee of the National Trust at 3:47 PM 2 comments: