Where were the quarries that formed Newcastle’s modern landscape. Quarries were workplaces of convicts, free settlers during the 1800s. The earliest sites were Colliers Point (Fort Scratchley) and Nobbys Island.  As well as Colliers Point being the site of the earliest coal mines in Australia, the headland was also a quarry, with rock taken away to construct Macquarie Pier.  Similarly Nobbys Headland was also a quarry, its outer edges gradually chiselled away to help build the southern breakwater. Early artworks show workers picking away at the earth. like sculptors creating a new work of art.
People often recognise the old rail lines out to Nobbys on their walks along the pier. These were used to transport rock to build to northern and southern breakwaters. Later the railway bringing stone from the Waratah quarries to the pier.
Another site that was quarried quite early was the Newcastle Government Domain (James Fletcher Hospital).  Work began there in the 1830s when convict labour was used to prepare for the construction military buildings.  A chain gang quarried the site levelling the ground to allow for the erection of rectangular military barracks and a parade ground. The quarried rock wall is visible today and is located at the southern side below Ordnance Street. The landform is now uninterrupted and almost the entire length of the quarried southern boundary and because previously much of the focus has been on built heritage and fabric, landscape features like the quarried rock wall at the Newcastle Domain have received little attention or acknowledgement until recently when the entire precinct was listed on the State Heritage Register.

“Greatly increase the get of stone at this quarry, in order to lay down a stone Dyke from Scott's Point on the North Shore upwards to Limeburner's Bay, in order to stop the immense sand that for some years has been washed down into the harbour” (The Newcastle Chronicle, 21 October 1871)


Many injuries and deaths occurred at quarries, not only from those working at these dangerous sites, but from local children playing in the area. The Waratah Quarry Accident Fund was established in the 1870s to support those affected by death and injury at a quarry. 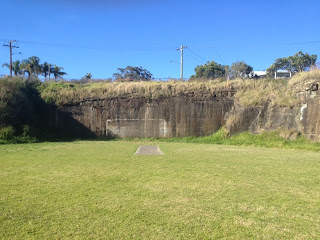 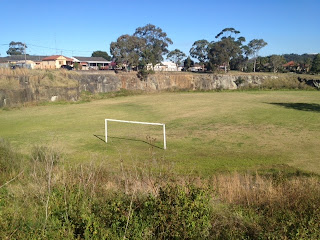 Posted by Hunter Regional Committee of the National Trust at 9:26 PM