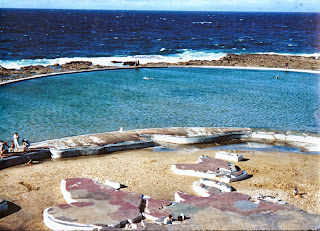 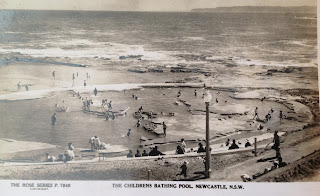 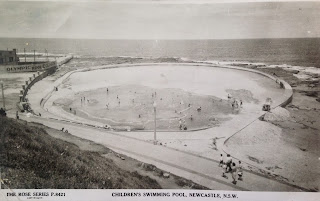 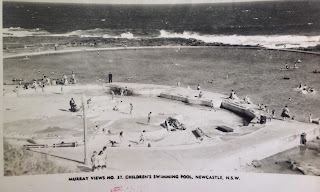 Postcards in the collection of Keith Parsons
Posted by Hunter Regional Committee of the National Trust at 9:38 PM

that's brilliant blog for traveling places.Newcastle Accommodation is so good.

This is a great resource to share with friends and family as well as artisan makers. Thanks for taking the time to put this together.

That's a great colour photo of the Young Mariner's Pool. It's a pity though, that you guys have printed it in reverse. Whoever decided that the pool was laid out that way needs to go and take some sort of "Mariners Course"!

It was scanned in reverse and that was part of the artwork that was presented, which was purchased by Ann Hardy. It was intentional to reverse it as a mode of looking back. Also helps to know when people copy it and upload it.

What a ridiculous excuse for showing the colour slide in reverse! If it was truly meant to be shown in reverse as a way of 'looking back', it would have been stated when it was first posted. Why would somebody purposely want to present a false image of such a unique, iconic scene? It's quite obvious that somebody was extremely lax, initially, by scanning the slide from the wrong side. We should be extremely thankful, though, that this coloured photo was taken at all. It sure does bring back childhood memories from the 50s.